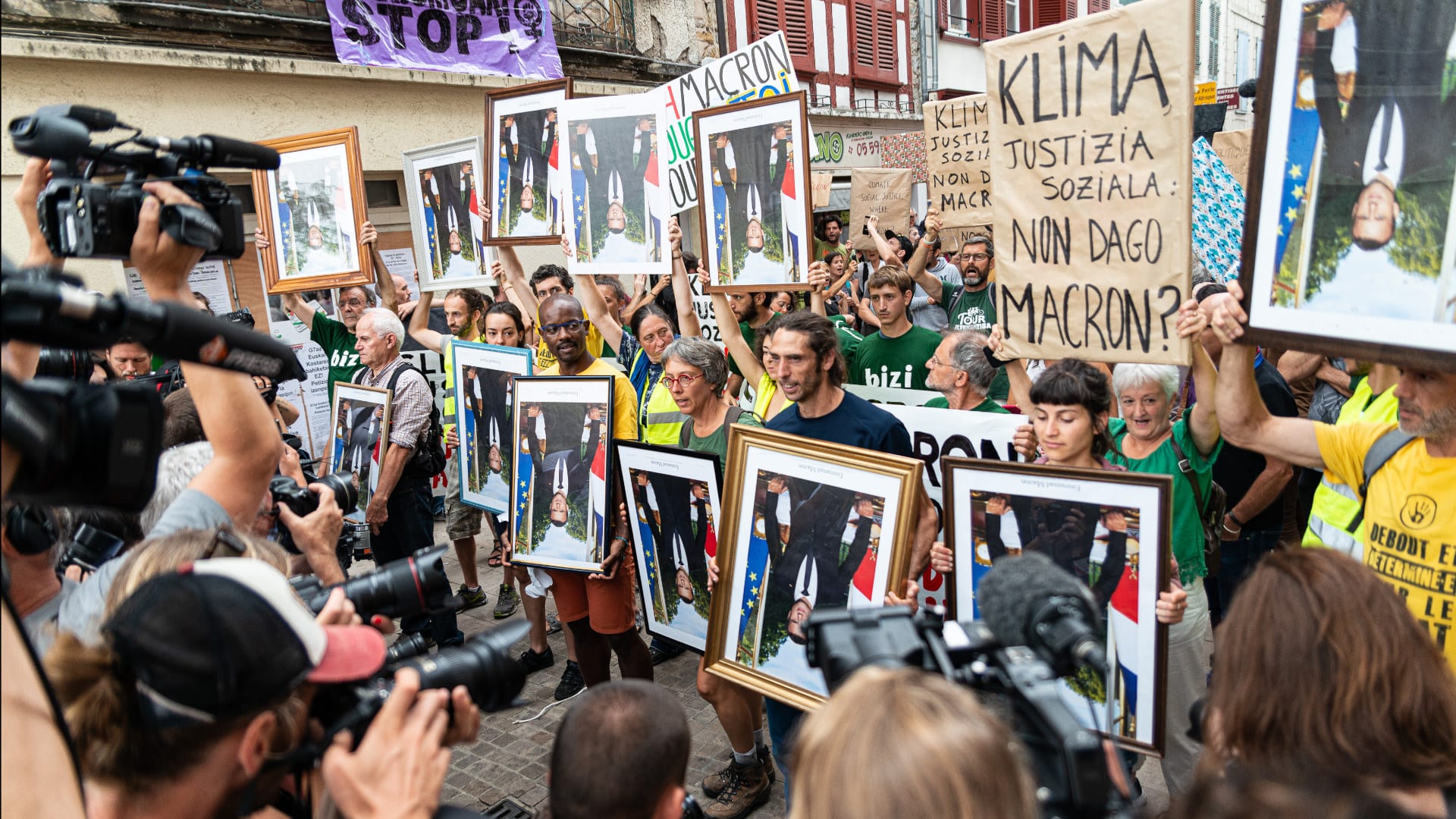 Why do we take down Macron’s portraits?

These direct non-violent civil disobedience actions are being lead as a reaction to the outrageous response French government has given to the historic legal recourse driven by “l’Affaire du Siècle” which aims to bring charges against French State for its inaction on the climate crisis.

While the climate threat has never been so real and palpable, French government explained to more than 2 million citizens having signed the petition that there will be no change of course whatsoever concerning their climate policy and actions.

Taking down presidential portraits from town halls and leaving behind them blank, empty walls, ANV-COP21 activists point out the lack of courageous government decisions to cope with climate and social emergency and denounce the failure of the government to fulfil its role of protecting the population.